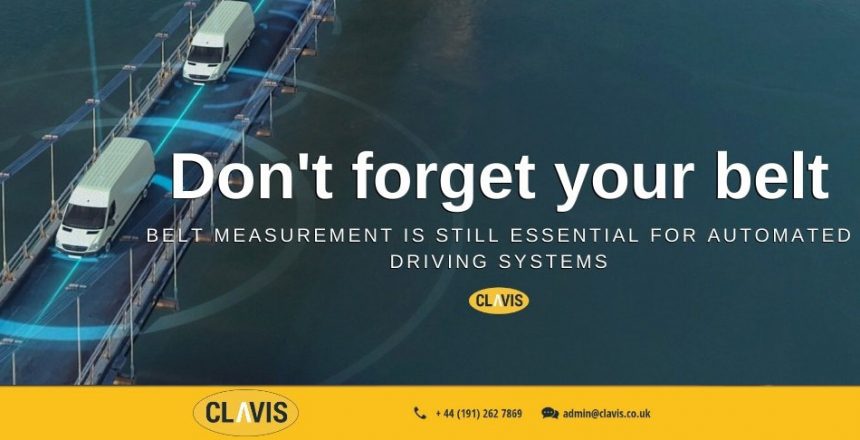 Brake-by-wire and steer-by-wire technologies have been evolving for decades and it won’t be long before they are fully automated. But if these systems use mechanical belts, it is vital to have the correct tension in the belt itself. Here, I explain why.

BMW stills regards its Z22 Concept as a masterpiece of technology. The 1999 show vehicle introduced no less than 70 innovations and 61 registered patents, which included brake-by-wire technology. This means the brake didn’t operate mechanically, but instead relied on electric impulses to transfer the command to the driver.

Advantages of brake-by-wire — and drive-by-wire systems that remove altogether any physical connection between the steering wheel and tires — include fewer moving parts in the vehicle, reduced weight, increased operational accuracy and a less-frequent need for mechanical maintenance. Because the brake response is digitalised, it can be tuned for varying levels of responsiveness in town traffic, on faster roads and so on.

If the thought of relying on a digitalised single wire — or even wireless — system to control your car’s brakes makes you wince, then you’re not alone. Brake-by-wire is considered the most dangerous technology to implement, which is why its full-realisation remains some way into the future.

That said, for the time being, the mechanical systems in vehicles would be very difficult to control fully-autonomously. According to SAE International’s five levels of automation, which delineates the path to fully autonomous vehicles, today’s most advanced road cars are at SAE Level 2, partial automation, using features like brake assist and steering guidance.

We are some years away from SAE Level 5, which represents full automation, so belt-driven systems will remain the reality for vehicle braking, steering and driving systems for the foreseeable future.

“We are some years away from SAE Level 5, or fully automated, vehicles. Belt-driven systems will remain the reality for vehicle braking, steering and driving systems for the foreseeable future.”

As long as these systems use mechanical belts, even as they gradually become more digitalised, it is important to have the correct tension in the belt itself. Take the auxiliary belt in an engine: if its ten per cent over-tightened then this can significantly affect the power and it will, in theory, wear down a lot faster than it ought to. Sudden breakages can cause costly, unexpected damage to the vehicle’s engine.

With proper belt measurement, accessibility is the driving force. Depending on whereabouts on the belt you measure the vibration — there can be differences in how it is formed at different points, dead spots etc — it can be difficult to determine the vibrational frequency. This challenge will be more pronounced in the case of more compact by-wire systems.

Steer-by-wire systems may be smaller and easier to fit than electric power assisted steering (EPAS) systems, but designers can sometimes overlook the question: ‘How do you set the belt?’ The answer lies in the Fourier measurement system, which monitors the tension of the drive belt using an optical sensor head. It has two forms, one for EPAS belts and the other for Front End Auxiliary Drive (FEAD) belts. Crucially, the device can be redesigned to suit any system, including brake-by-wire or steer-by-wire systems.

Most belt-driven EPAS are already measured with the Fourier and our specialists can support our customers — typically original equipment manufacturers (OEMs) or integrators — at the pre-production design phase. We normally work from sample units or computer aided design (CAD) files in the early design stages, but sometimes get involved later in the process; during mass-production.

“As long as these systems use mechanical belts, even as they become more digitalised, it’s important to have the correct tension in the belt itself. Otherwise, sudden breakages can cause costly, unexpected damage to the vehicle’s engine.”

Going forward, our specialists anticipate being just as involved, as brake-by-wire technology becomes fully automated. Measuring tension is essential for the mechanical belts within these systems and that’s where innovative measurement technologies, like the Fourier, can be crucial in guaranteeing the performance of tomorrow’s masterpieces of technology.